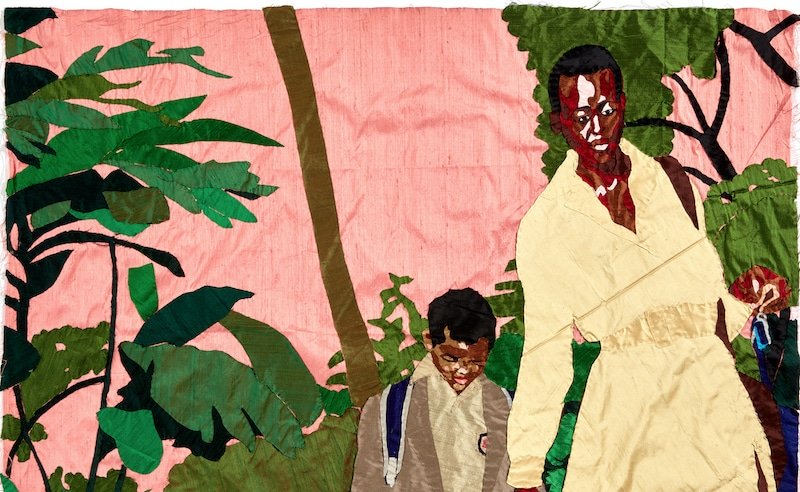 The Inspired Art of Billie Zangewa

South African artist Billie Zangewa creates stunning, unique pictorial textiles. Inspired by both her own, personal experiences as well as the universal, she hand stitches scenes of subjects like love and femininity. Check out the blog to learn about her history, experiences, inspiration, and current projects.

Billie Zangewa was born in Blantyre, Malawi in 1973. In 1995 she graduated from Rhodes University in Grahmstown, South Africa, receiving a BFA in graphics and printmaking. She was inspired by her mother, who worked in the sewing and embroidery textile industry, to pursue art. Since her graduation from Rhodes University she has continued to live in Johannesburg, South Africa. 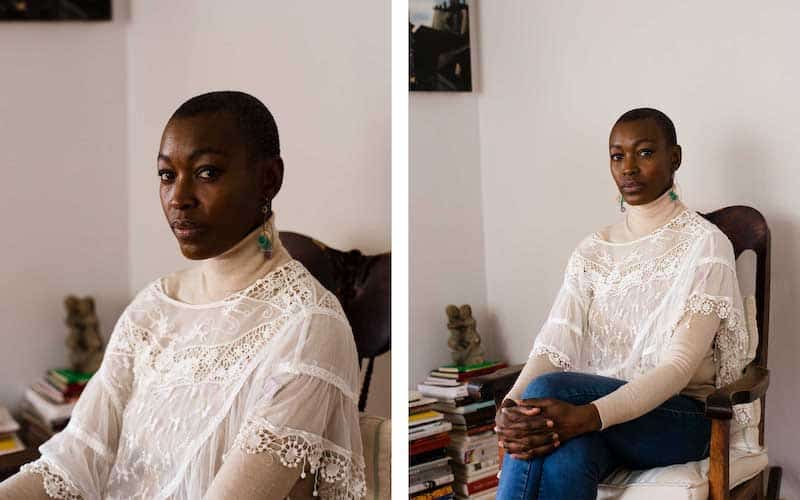 During and post-college, Zangewa explored many different mediums of art (as is evident from her graphics and printmaking degree). She experimented with many methods and held a jobs in both fashion and advertising before becoming a full time artist. There is virtually no medium that Zangewa hasn’t used and excelled in. She has shown interest in fashion photography, designing handbags, and collaging, among other things. She is most notorious and most recently known, however, for her silk fabric art. 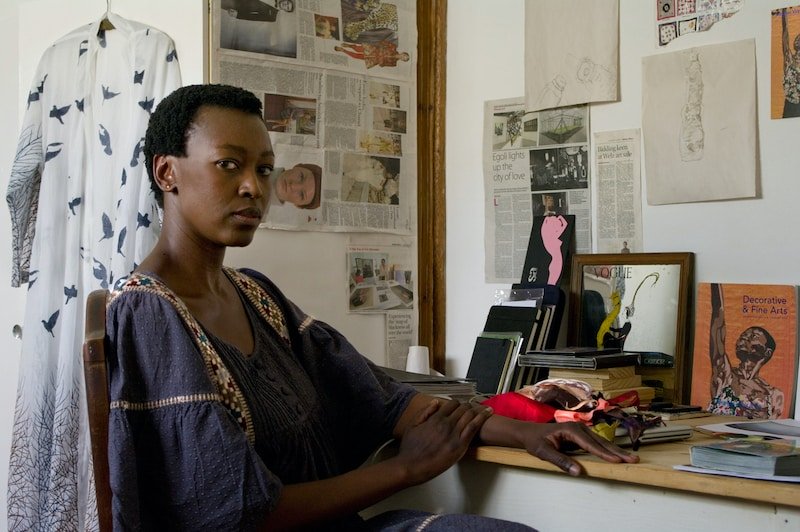 Billie Zangewa in her studio.

Around 1999, Zangewa began collecting small pieces of fabric from her time in the art and fashion world. She would collect sample swatches and loose textiles, and began working them into art. Patching together the small, mismatched pieces, she would create quilts and bags depicting images like cityscapes. Later, her work became larger scale, using bigger pieces of fabric. This is when she began the collages for which she is now so well known. One single, large piece of silk acts as the blank canvas, and smaller pieces are sewn on with intricate line work to create a pictorial image. The images are occasionally accompanied by text, with each piece telling a story. 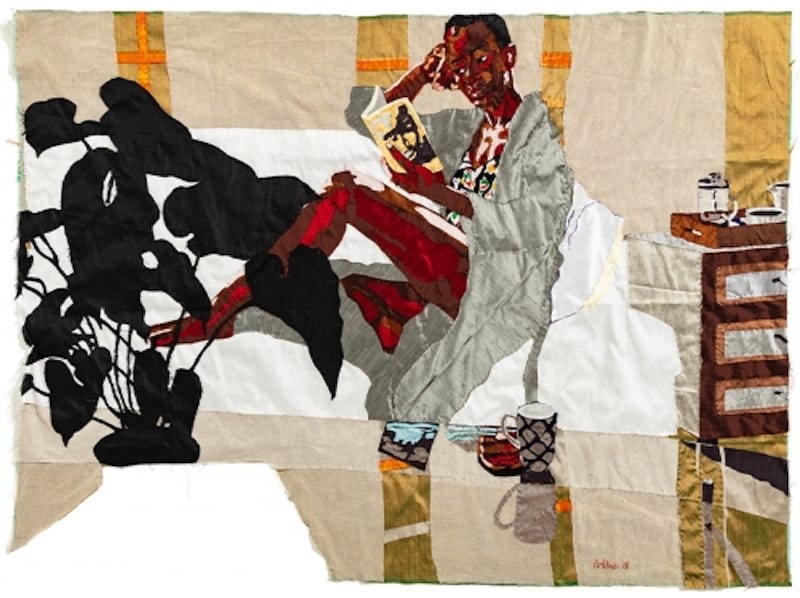 In My Solitude by Billie Zangewa.

Zangewa describes the inspiration for her work as sociopolitical issues. As a black woman, Zangewa is accustomed to both objectification and discrimination. The interpretation of her art is also geographic and cultural. When first released in South Africa, her pieces depicting her and her child were well received, viewed as representing love and family. When her works reached Europe and later, America, is when interpretations of her work became more political and analytic. For example, her piece Soldier of Love depicts her holding hands with her son and taking him to school. While one interpretation of the work is a mother’s love for her child, Zangewa explains that the meaning is deeper than that. The name is inspired by “Buffalo Soldier,” referencing the black cavalry units of the US Army that fought in the Indian Wars, as well as Bob Marley as a symbol of Black resistance. She notes that it also addresses how hard it is to be a single parent, and how she is a ‘soldier’ who takes care of her child. In an interview with Ocula Magazine, she explained that she is saddened by how much violence is in the world, and that if we prioritized love, suffering would come to an end.

Soldier of Love by Billie Zangewa.

Billie still lives and works in Johannesburg, and is becoming more and more well known in the art world. She has work in the Smithsonian’s National Museum of African Art in Washington, D.C., the Stedelijk Museum in Amsterdam, in the book Vitamin T: Threads and Textiles in Contemporary Art, and other museums, collections, and foundations.

This art blog about artist Billie Zangewa was published by Nazmiyal Antique Rugs.